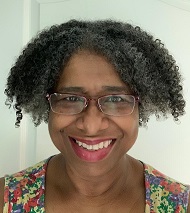 Jessie, a member of Sweet Adelines for 26 years, is the Harmony 500 certified frontline director of Rhythm of New Hampshire Show Chorus.  Prior to becoming a director, Jessie served as Assistant Director, Section Leader, Choreographer and various musical and administrative positions for choruses in Manchester, NH and Wilmington, MA.  Jessie served on the SAI's Region One management team as Marketing Coordinator and as a faculty member, teaching technology classes, PVI's, traveling throughout New England and Canada coaching choruses and quartets.  She also served as director for gospel and children's choirs at her church and performed as a soloist or ensemble member.  In 2008, Jessie was selected as a candidate for the Director Mentor program offered by the Director Education Committee of Sweet Adelines International. Throughout her barbershop life, Jessie has sung  in several quartets.

Jessie currently serves on the Diversity, Equity and Inclusion committes for Sweet Adelines, International and Harmony, Inc. and on the President's Advisory Council for Harmony, Inc.

In her "free" time, she works as a Telecommunications Manager at a hospital in Boston.  Jessie lives in FL with her husband Jonex. 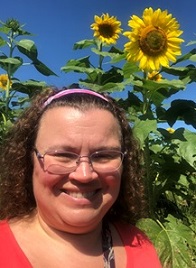 Jamie attended Plymouth State University where she received her Bachelors of Science in Music Education in 2002. In 2006, she chose to attain my Masters of Music in Music Education and attended Gordon College where she graduated in 2009. Jamie obtained her second Masters of Arts in Theatre through Regent University in May 2017.  During her training as an educator, she was trained as a vocalist, and has been singing since she was a very young child and brought her love of vocal music into herfirst job as a high school choral director in Alton, NH.  Jamie was introduced to Rhythm of NH when Voices of the 603 invited them to sing at their performance where her students were also performing.  Later, when she began teaching at Ellis School in 2017, she met one of our members who encouraged her to sing for some peers who were retiring.  From that point, she was hooked, she had to check them out.  In the summer of 2017, she attended the summer sing and have been singing with RNH ever since.

"I love that I am able to bring my knowledge of music to others but also continue learning as this art form is vastly different from what you learn about in college.  I am a proud 5 year member who is now co-directing the chorus.  I look forward to many more years with RNH!"

Jamie has a young daughter and loving husband, as well as two cats, and resides in Fremont.